Nothing moves. We are stuck. Physically, intellectually, psychologically, economically. Or are we?

It is a mystery to me how people manage to travel despite the pandemic. But obviously they do. I have read about holidaymakers going to Kenya, South Africa, the Seychelles or Mallorca. Are they richer, less risk averse, more resourceful and reckless than me? Or just plain stupid?

I have been staying in Vienna and will do so for the foreseeable future. European travel by train was a logistical nightmare even before Corona. Now using public transport is out of the question. I own neither car nor bycicle, so even daytrips to humble destinations in Austria are beyond reach. Freedom of movement has become a concept of the past.

Instead I walk. The world has shrunk to the distance my feet will carry me. Much has been written about the benefits of walking. But there is a difference between walking for pleasure and walking out of necessity. When life turns into a time-consuming obstacle race, ruled by an endless succession of enforced regulations, infringing on even the smallest personal decision, walking is getting ever more stressful. Using the shortest routes possible walking to and from work or going grocery shopping month after month after month is not only physically taxing but also repetitve and boring beyond belief. Mindfulness, living in the moment and awareness be damned. Humans need stimuli, social interaction, chance encounters and serendipitous coincidences to allow mental growth and further well-being. To stop and appreciate amazing moments, to make memories that are worth remembering, said moments need to happen in real life. Living vicariously by watching others enjoying themselves on screen, be it in a movie or on social media, is simply not enough.

For the majority of the population there is no forward momentum, no perspective, no feeling of achievement, no hope. Goalposts are arbitrarily shifted according to the whims of governments. The trick seems to be to deny others the pleasures of life, while applying quite a different set of rules for oneself, one´s friends and sponsors. Inequality is on the rise wherever you look. New laws are being written and it does not bode well for those without the opportunity to turn a profit from standing still. 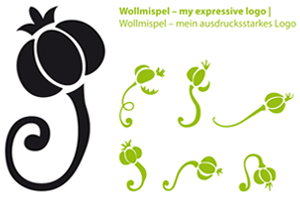 Hello! My name is Chris and I live in Vienna. I am an archaeologist, artist and passionate collector of unimportant objects.